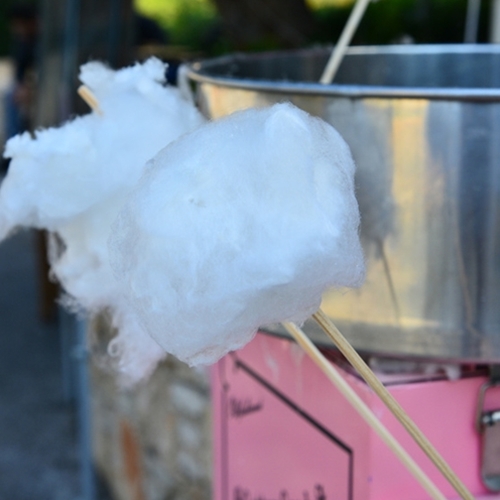 This is a different style of cotton candy that is more similar to “Blue” Cotton Candy.

This is not a “strong” flavor. It is made with ingredients that are crystals/powders, and if we try to make it much stronger then these crystals will start to “precipitate” out.